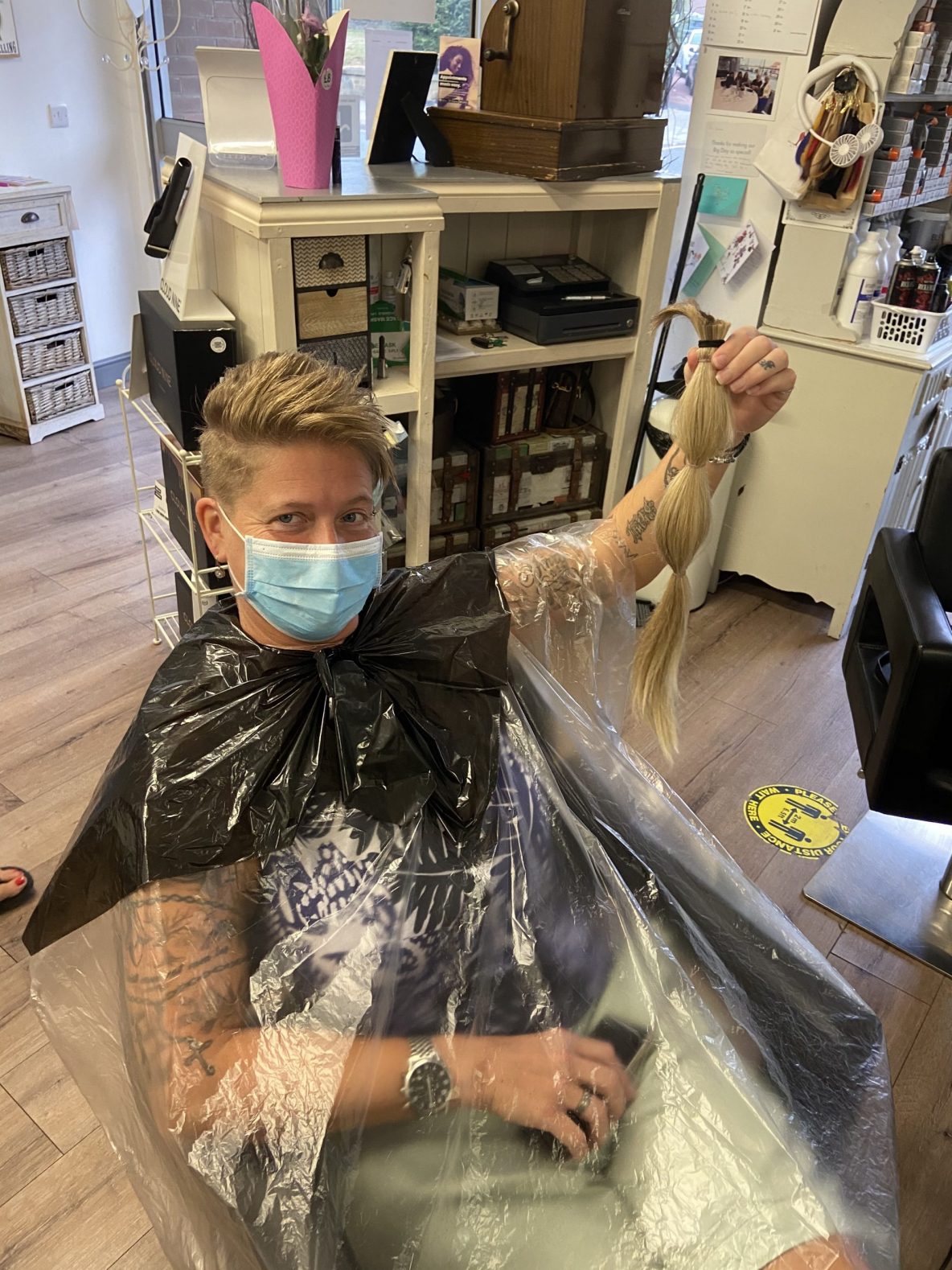 Bex Rickett, 41, a door-woman from Sunderland has selflessly braved the chop for the Little Princess Trust Charity, who provide real hair wigs to children and young adults who have lost their hair due to cancer treatment or other conditions. Bex had been growing her hair for a total of eight years with just the occasional trim by hairdresser, Debra Adamson from Cloud 9 Hairdressing.

Debra began the chop by tying Bex’s hair into four hair ties to keep it in place before using a razor and a pair of scissors to remove the 20 inch pony tail. 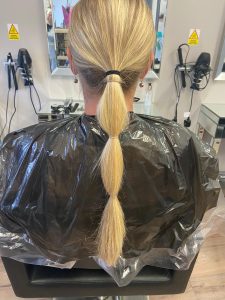 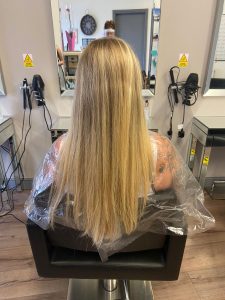 Feeling anxious about the hair cut, Bex was reluctant to see her now removed pony tail but Debra kept the atmosphere bubbly and kept Bex calm and reminded her that she should be proud of herself for the good deed she is doing.

When asked why she decided to donate her hair, Bex said that, “I never do anything with my long hair, I’m always tying it up so its wasted on me. I wanted to do a good deed and help out those who need a wig. Instead of my long hair going to waste it can go to someone who needs it”

As well as donating her hair, Bex is also raising funds for the trust which you can donate to here.  Money raised helps to create the wig and also fund the research into less aggressive cancer treatments. According to The Little Princess Trust website, in total they have now raised five million pounds into ground breaking research for childhood cancers. The Little Princess Trust have also supplied over 8,000 wigs since they began their charity in 2006. 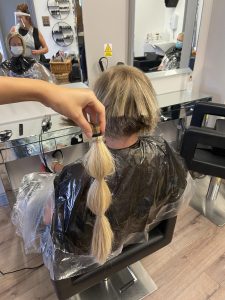 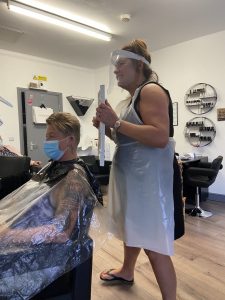 Debra Adamson told us that, “it was a pleasure” to do the cut and to know they are making someone very happy. She said that, “it’s always scary for a client to have such a big change but once Bex gets used to it I’m sure she will love it. Luckily she looks great with long and short hair!” 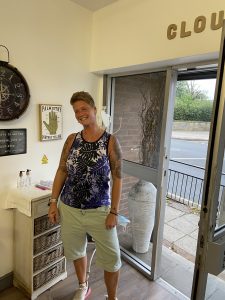 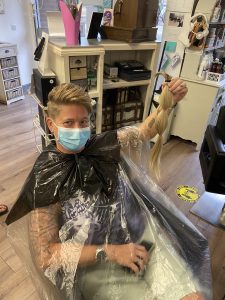 Well done to Bex and Debra from the team at Save The Highstreet.

To donate hair to The Little Princess Trust click here

To donate money to The Little Princess Trust click here