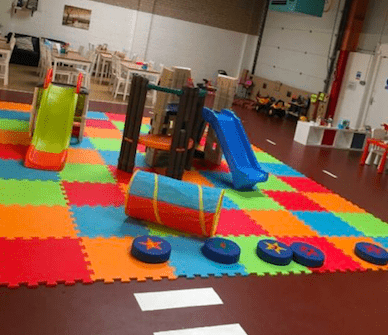 Kelly Cressey, 43 , opened The Play Place two years ago after becoming redundant from working as Cabin Crew, “I’d just came back from maternity leave and was told I was going to be made redundant within the next two and a half years. Every aspect of cabin crew revolves around time and I decided I didn’t want to do that anymore.” Kelly’s now six-year-old son was a big inspiration for her to set up her own business, “I was also inspired by Bertie’s Play Barn in Durham. I spent years planning and then I used my redundancy money to set it all up”

The Play Place have started operating cooking classes for classes of six children, “we have the classes in the party room away from all the toys, the children make a pizza and an Eton mess and then while things are cooking they do some colouring in” The cookery classes have been a big success, selling out instantly, “I created one for the Tuesday and it sold out before I even had a chance to advertise it. This just shows how desperate parents are to find activities to do with their children” When the classes are taking place, the parents can have their lunch for half price thanks to the governments Eat Out To Help Out scheme. 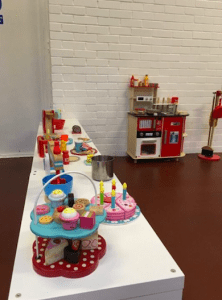 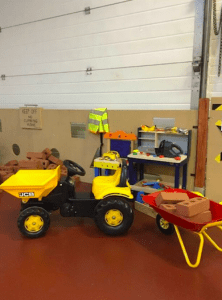 Kelly told us that she feels frustrated that the play industry are seemingly being left out, “outdoor play parks are open now and whilst I understand that its safer to be outdoors, so many different children will be touching the slides and swing sets before they are cleaned, whereas in here we would be sanitising everything after each child has touched it.” Once The Play Place are able to reopen, they plan on only having six children in at a time and since there are eight different play sections, there will be plenty of room for social distancing and also for cleaning. Kelly said that, “the age group that we are focused at (0-5) tend to play separately and independently, so social distancing wouldn’t be a big problem for young children”

The play industry have remained closed as well as night clubs, remaining the last businesses to be given the green light. However, they have received the same amount of funding as businesses that were allowed to open in June and July, “we had the government grant and also a bounce back loan, it is just disappearing so quickly due to the rent and the bills.” Kelly said that in order to make the business viable, a certain amount of money has to be made per day so that it’s worthwhile. 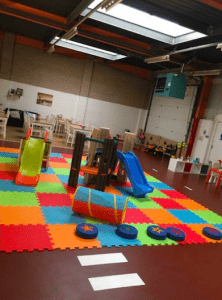 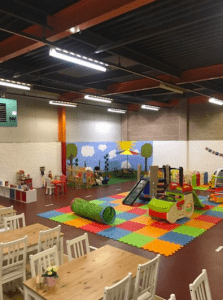 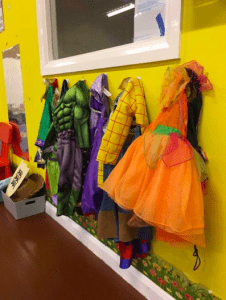 Kelly said that, “its tough because even when we do reopen we won’t be at the same level as we were at before because we won’t be able to run at the same capacity and nobody is booking birthday parties which we could normally host every weekend” Before COVID-19 hit the country, The Play Place were just beginning to ‘pay for themselves’.

“It’s heart breaking really, I was in a constant state of lending that we finally managed to get out of and now its like were back to that. It’s like starting from scratch again”

Kelly and her husband both work at The Play Place, “it’s our entire livelihood, I put everything I had in  the world into this. If the business was failing due to one of my mistakes that would be fine and completely different but this has been out of our control, it’s like we’re being ignored and forgotten about! It would be great if someone from the local council could come round and just have a look to see how safe and clean we are and maybe assess each business individually. Every play cafe and soft play is different in what they offer and the way that they operate – we’ve all just been lumped together as one. Trampoline parks are allowed to reopen but we aren’t.”

James Pearce set up a petition to gain extra financial support for closed soft play centres and other ply centres. You can sign this – here – to support our play industry and keep it alive.

You can find The Play Place via the following links: 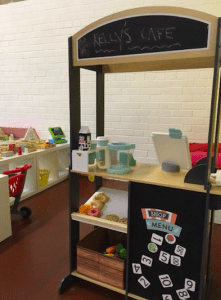