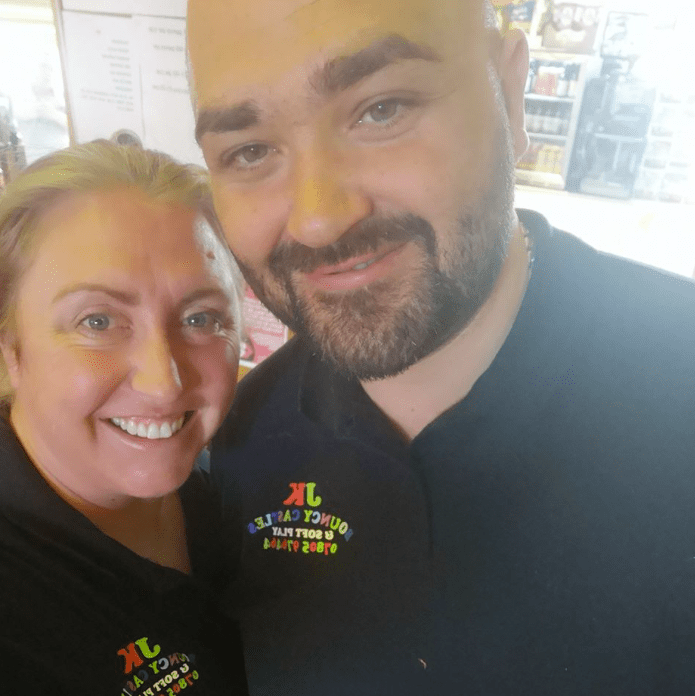 What started off as a promise to his kids became a successful party business that now offers the full package.

Kevin Lackenby and his wife, Jennifer Lackenby  from Sunderland run a small family business named JK Bouncy Castles which specialises in entertainment for adults and children. Their business started through a promise to their children which they ensured they wouldn’t forget about, “I’d promised my kids that when we moved house, I’d buy them a bouncy castle from my uncle, who sold them at the time” Kevin said, “We ended up buying him out five years ago. I didn’t just buy one bouncy castle for my kids I bought them all!”

Now running a bouncy castle service, Kevin noticed other services at the parties he was dropping the castles off at and decided to add more services to his businesses, “My wife was a nursery nurse so I got her to do the face painting and I had friends that were DJs and so I hired them. We now have seven DJs, balloon modelling, mascots, princesses, mega slides and of course bouncy castles.” What started off as a promise to his kids became a successful party business that can now offer the whole party package. That was now five years ago and the business has been successful ever since. 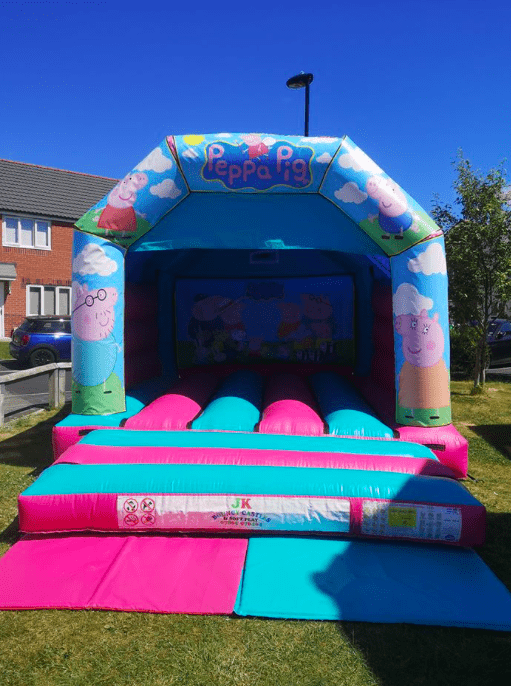 Unfortunately, due to the COVID-19 pandemic Kevin and Jennifer temporarily closed the business. Although he saw it coming, it is of course a difficult time for any company as DJ sets and parties were cancelled. Kevin said, “Our customers were amazing and so understanding. I had to let down countless people and they were all really understanding.”

However, that didn’t stop the Lackenbys from still working hard to promote their business and help those who needed a little bit of positivity, “We promoted what we could with character visits at Easter from the Easter bunny to wave at the kids free of charge to keep up the community spirit and make the children smile. We went round to the local streets as different characters and to those who had birthday parties cancelled. Maybe they cant have their party but at least buzz lightyear can come by to say hello. You just have to adjust to the times.”

Many companies have struggled to keep up with the changes at such an unprecedented time within the world, especially financially. The government have offered grants to assist with the closing of businesses and the financial impacts that may have. Sadly, the grant hasn’t been easy for all business owners to get their hands on. Kevin told us that due to his staff being self employed and having low overheads, he was told he wasn’t entitled to any monetary assistance from the government. Kevin said that he was “attempting to get the grant but I was knocked back because of having a unit. After speaking to Nick and Lisa from Save The High Street Ltd, I pushed the council using the correct terminology even though I was told I wasn’t entitled. However, eventually I was given the 10k grant. I didn’t give up thanks to the advice I received.”

Kevin said that now that his business has been able to reopen, he has had to make some changes to stay safe and adjust to the times in the world, “we missed a lot of events such as Cuthby’s Big Bike Ride. This was the first time in 12 years that this event didn’t go ahead which was just awful”

JK Bouncy Castles have been able to deliver into gardens but they must of course follow new safety procedures, “when we deliver, the customer stays inside until we are done and we wear full PPE and masks. All our customers are really understanding which helps. We also keep track of everywhere that we have been and everywhere that the castles have been so we can track and trace.” Kevin also told us that he disinfects the bouncy castles and then keeps them in storage for a week before they can be used again to ensure that no germs or diseases are spread.

Although they have been able to start running their business again, it isn’t back to usual just yet. When we asked Kevin what his plans are for the future he said that, “We want to be able to put on a big event for all the kids once this is over. A big free event in the North East that they can attend with castles, balloon moulding and face painting. I would love to be able to show my appreciation for the community and what everyone has been through. We all can come out of this better.”

If you would like to get in contact with Kevin and his family business you can find him through the following social media links: